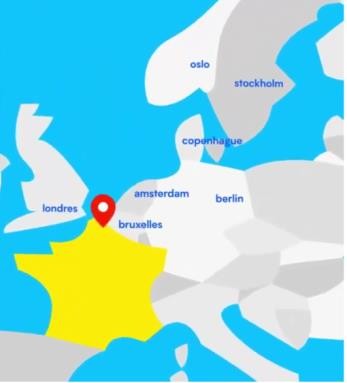 Only one hour from Paris, 35 minutes from Brussels and 80 minutes from London, Lille could have lived in the shadow of its illustrious neighbors. However, without inferiority complex, it improves and displays its difference!

Flemish, Burgundy and the Spanish before becoming French, Lille owns an exceptional architectural heritage. Merchant since the Middle Ages, military citadel under Louis XIV, industrious in the nineteenth and ambitious in the twentieth century, the city preserves the vestiges of this past, while looking towards the future.

While the district of Euralille is a concentrate of architectural audacities signed Rem Koolhaas, Jean Nouvel or Christian de Portzamparc, the area of Lille-Sud became « Maisons de Mode ».

European Capital of Culture in 2004, Lille is now a reference in this sector. In large prestigious museums or alternative art centers, from the Opera to the numerous theaters to the national orchestra of Lille, culture is lived and shared every day. Lille Metropole was recently manes World Capital of Design for 2020.

Proud of its festive and gastronomic traditions, the Hauts-de-France capital remains a city with a human dimension, where breathe the generosity and warmth of the people of the North. Strong of this singularity, it offers visitors a tasty mixture of Flemish joviality end French elegance, in the heart of the youngest region of France!

Surprising, unexpected, visionary, creative, but also audacious, Lille captivates and enthuses its guests by its contrasts.

Lille and the Lille Metropolis will be the ideal destination to host the International Conference on Frontotemporal Dementias – ICFTD 2022.

Getting to Lille: an ideal hub to Europe and the World

At the crossroads of Europe, Lille is ideally located in the heart of three economic capitals : Paris. London and Brussels, and is at less than three hundred and fifty kilometers from six other European capitals.

Lille is a prime destination for your event, valued by an extremely dense transport network that makes it one of the best served cities in France. 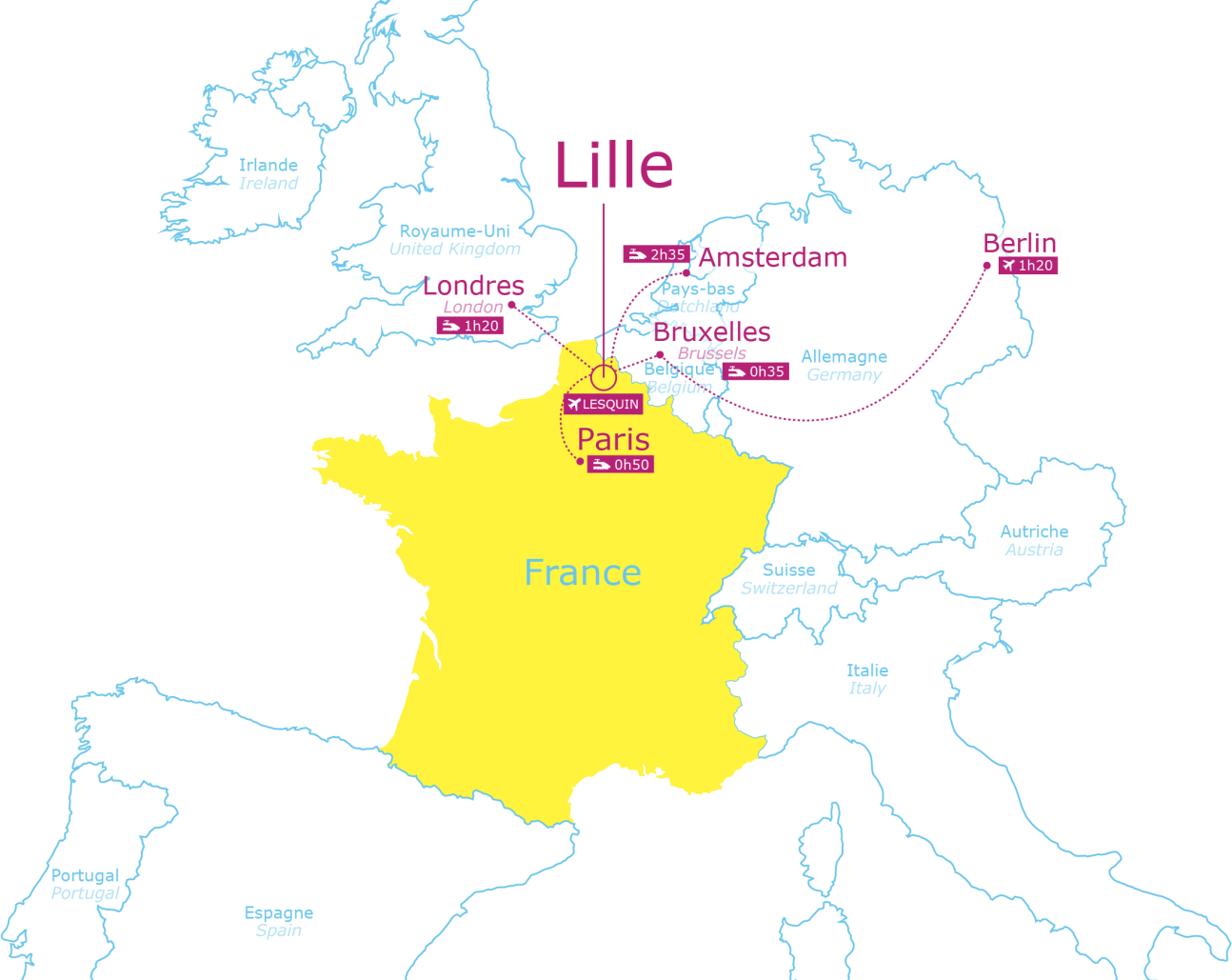 The “Gare Aéroport Roissy - Charles de Gaulle terminal 2” train station is located within the airport, 15 to 20 minutes-walk from the international terminal 2. From this station, you can take either the RER B Train to Paris (1 hour) or the TGV direct train (55 minutes) to Lille.

Brussels international Airport: “Airport City Express” trains connect the airport to Brussels-Zuid (Brussels-Midi) in 20 minutes, and then there are excellent connections by TGV and / or Eurostar to Lille (40 minutes). 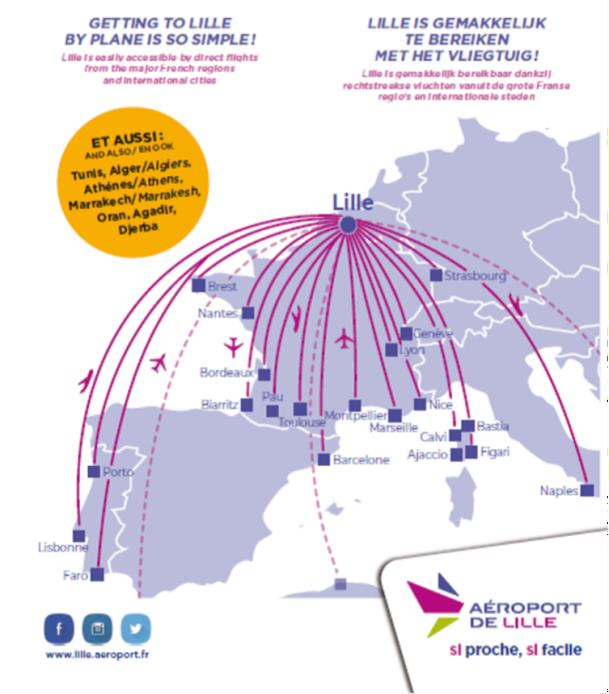 Brussel South Charleroi Airport: The low-cost airport of Brussels is one hundred and twenty kilometers from Lille. Easy connection with Lille by bus shuttles.

You organize an international event. Global Meetings online self-booking tool can provide your attendees with discounted

seamless air travel in just minutes! Your attendees save up to 15% on airfares for international meetings, events and conferences in more than 1.050 destinations. And for every 50 attendees booking their travel with the SkyTeam Global Meetings offer, you receive one ticket for free. www.skyteam.com/en/business-solutions/global-meetings/

Getting to Lille By train 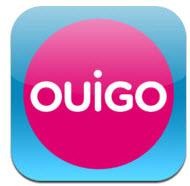 Lille Métropole in the heart of a motorway network, at the crossroads of 6 motorways, is easily accessible by car:

Getting around within the European Metropolis of Lille 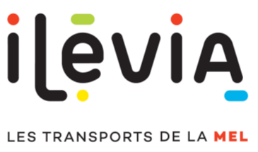 - 2 subway lines, its the 1st automatic underground created in the world (in 1983), the ALV: Automatic Light Vehicle which includes 60 stations over 45 km: line 1 and line 2. 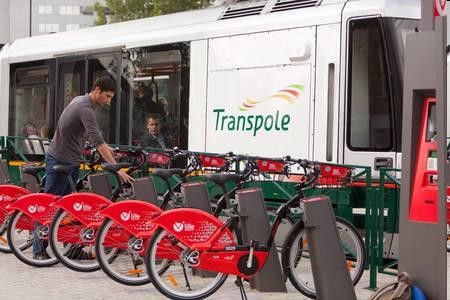 Ilevia offers Congress-pass at a special rate of 2.70€ per person per day, which gives access to the entire network. (*2019 rates)